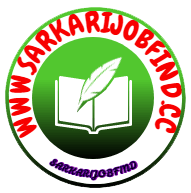 Those candidates who want to join Indian Army have a very golden moments. Indian Army is going to conduct the Recruitment Rally For the post of Soldier General Duty and Soldier Clerk/SKT for eligible male candidates of districts Hamirpur, Bilaspur and Una of Himachal Pradesh. The recruitment rally will also be held for the post of Junior Commissioned Officer (Religious Teacher) (JCO RT) and Havildar (Surveyor Automated Cartographer) (Hav SAC) for eligible candidates of all Himachal Pradesh, UT Chandigarh & Haryana (except dist of Gurgaon, Mewat, Palwal & Faridabad) The Rally will be organized in HAMIRPUR region. The aspirants should check his district name in the Recruitment rally schedule and the venue of the Recruitment rally of his regarding districts. The Recruitment Rally schedule is given Below :-

Note* :- Education Certificates issued by Education Boards affiliated to/ listed by COBSE, AICTE, CBSE, and NIOS only will be considered.

Note. Education Certificates issued by Education Boards affiliated to/ listed by State/UT Govt, AICTE, CBSE and NIOs only will be considered.

The Height Required For All The Posts Is 163 CM, But For The Soldier
Clerk/SKT It Is 157 CM.

The Chest Measurement Required For All The Posts Is 77 CM ( +5 CM Expansion).

All candidates who are desirous of getting enrolled in the Indian Army as JCO/ OR are required to Apply Online At www.joinindianarmy.nic.in. After registration candidates shall follow instructions as given out and apply for the selected trade for which they are eligible.

Note : Candidate can apply in only one category. If anyone is found registered for multiple trade/category, he will be disqualified and will not be considered for any trade/category. Choose wisely before applying.

Indian army issued Admit Card in two ways. first candidates can download their admit card by logging in their account or the admit card will be sent to candidate’s email id. Detailed information about admit card/ hall ticket will be available on the official website or official notification released by the Indian army on its official website.

Note : HP Army Rally Admit Cards to all the above categories will be sent through registered e-mail One week before the date of commencement of recruitment rally. Candidates should reach the venue on the given date and time as mentioned in the Admit Card.

Result Rally will be declared just after the rally. Result of written examination will be declared on the official website www.joinindianarmy.nic.in. No Separate letter will be sent to the candidate. It is responsibility of candidate to check the result and report to the Recruiting Office (Headquarters) for documentation.

Note : Check Detailed Information About Bonus Marks in the Detailed Advertisement, Candidates can Check & Download Official Notification through this Given Link :- Download PDF

(a) All candidates must be in possession of the following while reporting for rally site, without which they will not be allowed to participate in the rally :-
(i) COVID-19 free/asymptomatic certificate. Candidates are requested to be examined by a doctor from Government hospital and obtain a COVID-19 free/asymptomatic certificate as per Appendix ‘F’. The certificate should have been issued within 48 hours prior to the rally reporting day.
(ii) No risk Certificate attached as Appendix ‘G’.
(iii) Personal face masks, gloves and hand sanitizers.

DO’s and Don’ts while in Recruitment Rally :-

(i) Wear mask at all the time and before putting on mask, clean with soap and water. Replace mask
with a new one as soon as it is damp and do not re-use single use mask.
(ii) Regularly and thoroughly clean your hands with soap and water during verification of documents
and prior to appearing for the tests. The same will be available at site.
(iii) Maintain social distancing as per government orders amongst each order. Don’t touch your body
parts on any surface unnecessarily.
(iv) Finally, be supportive, be careful, be alert and be safe.

Documents Mentioned Above Are Required In Original Alongwith One Photocopy Of Each Document Duly Attested By Principal / Headmaster / Gazetted Rank Officer. Attested Photocopy / Printout Of Education Certificate Obtained From The Internet Duly Attested By The School Principal Will Be Accepted At The Rally Site For Candidates Whose Original Certificates Have Not Been Received From The Concerned Education Board After Declaration Of The Result Or For Candidates Who Have Deposited Their Certificates In Some Other Institute Where They Might Be Undergoing Some Professional Course.

All the candidates are strictly alerted that the Recruitment rally is totally free. So candidates are advised not to stuck in the Trap of the Touts who assure you to get Joined in the Indian Army. They can only mislead you and can rob your money. If any person do this with you, contact directly to the Officer in Charge Person. Have Faith At Your Hard Work not on touts.